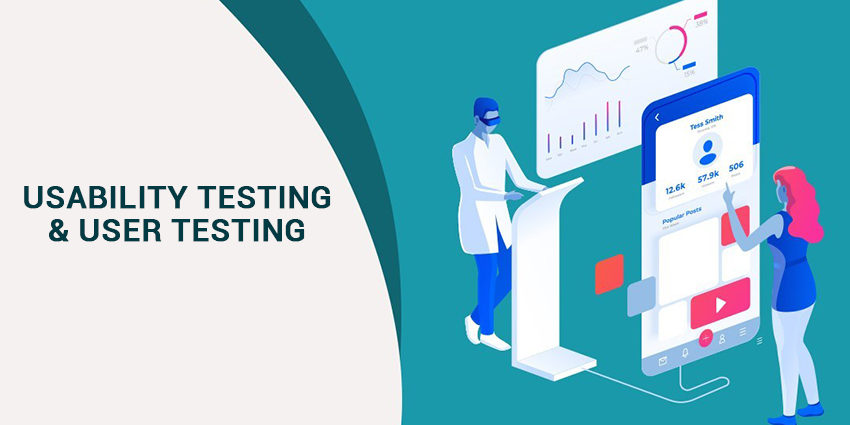 People often make a mistake in identifying differences between user testing and usability testing. User testing may also be known as user research, which is an umbrella term used for different types of methodologies aiming to identify target users and understand their patterns and behaviors. Software testing companies provide usability testing solutions to understand these behaviors and design their apps accordingly.

Validating the Design of An App

Researchers use interviews, surveys, field studies, and focus groups to learn user behaviors, whereas development teams utilize usability testing for the same. Most of these methods require interaction with users and also have an insight into the user’s patterns. With proper research, it is possible to design a product in the most usable and meaningful manner. However, with usability testing, development teams can validate design decisions for an interface by testing is with real-time users. It typically involves observation of users as they try to complete the tasks with a prototype in order to identify areas where they face usability issues.

Even though these two terms are closely related, there are slight differences between them. Developers often use ‘user testing’ or ‘idea validation’ but user research is a more reasonable term they have come up with, so far. Well, user testing can also create a misconception that development teams may be testing the users instead of the products or services. Testers would never want to test the users, in fact, ensure that they deliver applications that meet and exceed user expectations. Thus, the word ‘user testing’ may have a negative connotation for the readers. Usability testing is less intimidating and appropriate to test how real-users would want an application to work. Enterprises tend to invest in usability testing solutions before rolling out their software products in the market and to achieve the best results.

Both Testing Approaches are Important for the Best UX Design

User research and usability testing add a different value to the UX design process. User research gives a deeper understanding of users’ behaviors. Whereas, usability testing helps in identifying usability issues in a design that development teams never expected, otherwise. Both types of testing are necessary for UX design which enhances the quality of user experience in a meaningful manner. Development teams need to plan both types of testing, to achieve better results. These tests cost less than the cost required to pay the issues that can appear later. Thus, having the two types of testing related to users allows making the UX design process easier and providing a better user experience.