High-profile security breaches are a norm in the current digitally-evolving businesses. It is the latest trend and attackers put businesses at risk of losing their critical data, or access to their systems or networks. Since they are developing new and sophisticated forms of attacking businesses each day, a pen testing company has to play its role in combating these attacks successfully.

Penetration testing is a testing technique to evaluate the security of an information system by simulating an attack from a malicious source. Simply said, it is an authorized test that establishes how weak an organization’s cybersecurity is, and what they can do to strengthen it. However, not many companies are ready to leverage their budgets for security purposes. It is high time for organizations to rethink their cybersecurity space with the help of pen-testing. Following are the main reasons why pen testing is important for a business:

Find Hidden Security Vulnerabilities in Systems Before the Attackers

One of the safest ways to measure your security level is by researching how it can be hacked. A pen tester ensures to safely test a system’s resistance to external hacking attempts. It depicts the actions of a potential hacker by exploiting the vulnerabilities caused by code errors, software bugs, insecure settings, or other operational weaknesses.

One of the major differences between a pen test and a real hacking scenario is that it is conducted in a safe and controlled manner. It replicates a real attack scenario and exploits all the vulnerabilities to portray the potential harm an attempt can cause. Thus, a pen testing company plays a vital role in highlighting system weaknesses before an attacker can exploit it.

It can cost a great deal to recover your business from a security breach. It includes costs of customer protection programs, regulatory fines, and loss of business operability. Getting a business back on track and running it again requires new investments, advanced security measures and a lot of time to recover. Thus, a pen test works as a proactive solution to identify the weakest areas of your IT systems and prevent a business from huge monetary losses and a company’s goodwill as well. Thus, to ensure a business runs in the right direction, it is important to conduct penetration testing at least once or twice each year.

When a pen testing company performs pen-testing they have all the tools required to assess the current security level of a company’s IT systems. They provide its top management with insights into the identified security gaps and their potential impact on the system’s functioning and performance. Experienced and skilled pen testers present a complete list of recommendations for their timely remediation and also assist in developing a secure system, to prioritize cybersecurity in the future. It can be conducted more than twice a year, depending upon the requirements of a business. 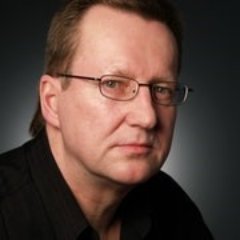 Ray Parker is an entrepreneur and tech enthusiast who loves to incorporate new technologies to get more efficient outcomes. When he’s not marketing his latest venture, he keeps himself busy in writing technical articles to educate peers and professionals.

How to Generate More Business With eCommerce Web Development?

By Read Dive 2 days ago

The eCommerce industry landscape is changing very swiftly. The market is customer-centric and the companies are exploring new opportunities every...

Rapid Application Development – How and When you Should Use It

By Read Dive 3 days ago

Are you spending a lot of costs planning and using sophisticated protocols in building business software? Want a fast, simple,...

By Read Dive 5 days ago

Running a business is no easy task. There is tons of work to be ticked off the checklist.  But the...