The Corona Virus has hit the global economy in various ways. Yet, the most undebatable issue is not the extent of the crisis, but the mere fact that it was unexpected. The International Monetary Fund (hereinafter) has even deemed this crisis the worst financial crisis since the Great Depression.

This unpleasant surprise has caused some regulatory hiccups in the EU, not only within the Commission and Council, but also for the administration that is responsible for various issues in the EU. The EU Agencies, such as ESMA and even the ECB, have been very slow in their response to the crisis, and to that effect have managed to confuse the local Member State regulators to a great extent.

On the one hand they owe their regulated entities, from crypto exchanges to EMIs and other financial institutions are in need of specific instructions in these dire times, and some will even argue ad-hoc guidance, whilst on the other hand the Member State Regulators have been facing a weathering silence for the first period of the pandemic.

The same financial regulators have been trying to cope with the demand on ah-hoc guidance by the financial institutions by receiving instructions from higher administration in the EU.

Both the European Securities and Monetary Authority (hereinafter- ESMA) and the European Central Bank (hereinafter- ECB) have both struggled with the correct and suitable guidelines to issue to the local regulators, which has led to confusion not only within the corridors of both Institutions in Paris and Luxembourg, but also with the direct lines of communication to other local regulators.

The first publicly made document of instructions was published on March 27th, almost a month into the crisis, which dealt only with the issue of financial reporting under the Transparency Directive by ESMA.

Secondly, ESMA has issued a Q&A on alternative performance measures under the Corona Crisis, yet this Q&A was issued only on April 17th. Three days after the Q&A was issued by ESMA, the Bank has issued a notice on the Market Abuse Regulation in light of Covid-19.

The ECB in comparison has been more active than ESMA. The ECB sees the importance of maintaining a healthy financial market with avoidance of fragmentation as pivotal for the Union as a whole, but also to the trade relationships that the EU has with other states. The ECB does not want to reach a situation in which Association Agreements are not executed, which will eventually leave the Euro unsettled.

The ECB has taken three major steps in combating the current financial distress. It has granted more liquidity to European banks, relaxed the criteria for credit, and non-performing loans in order to avoid a credit crunch and has launched a new pandemic fund of the sum of 750 million Euros for the purpose of increasing the total assets acquired by the ECB.

These measures have not been taken for granted by the Member States, although it has not been considered enough.

The Bank of Lithuania, for instance, maybe considered one of the few regulators that have managed to triumph the latest regulatory developments successfully, but not with ease. One of the issues that the Bank has tackled is the issue of investor protection in these uncertain times by ironing out the Market Abuse Regulation criteria in Lithuania, which is especially relevant for upcoming financial institutions such as Electronic Money Institutions (hereinafter- EMIs).

EMIs which are licensed under the Bank of Lithuania received specific instructions for new reporting and compliance criteria, in addition to instructions regarding  decisions issued by management boards of the financial institutions, annual and interim reports, financial reporting, submission of documents and trading in regulated markets. Noncompliance with the relevant new framework will deem the EMI unregulated and will trigger inspection procedures by the Bank.

It is in the hands of the financial regulators in the EU to determine how the Corona crisis will be viewed upon in future centuries, either as a second financial depression, or as a promising new era, not only for crypto currencies, EMIs, crypto currency exchanges and financial institutions, but for the classical banking industry. A banking renaissance does not only begin with bottom-up initiatives, but also with strong navigation of markets. Some regulators have managed to triumph in a spectacular manner, such as the Bank of Lithuania,  but the real test is of the regulated entities which need to adhere to a new regulatory framework and new regulatory criteria.

Some may argue that this navigation should be conducted by the spear-heading enterprises in the market, yet this navigation, especially in times of uncertainty, should be handled on a governmental level by the EU financial regulators.

The rapid uncertainty of the current climate may also pose a pivot to a swift recovery in 2021.  The only question which remains is, are the EU financial regulators up to it? 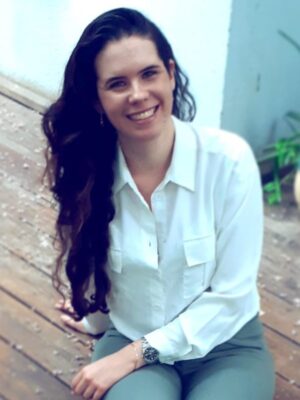 EU Law Regulatory Consultant at Porat Group. She primarily deals with high-risk industries in Israel and Europe. Ella holds an LLB in EU Law from the European Law School, Maastricht University, and an LLM in Commercial and Company Law from Erasmus School of Law, Erasmus University Rotterdam. Ella consults on AML in the cryptocurrency industry, Blockchain, AI, drone regulation, EU firearms regulatory framework, Art industry, financial arbitration and tokenisation of maritime logistics. She also focuses also on Foreign Trade Agreements of the EU and Israel, TRIPS and GATT agreements, WTO Law and EU Legal Policy. Ella serves as the CEO of the Israel-EU Chamber of Commerce and Industry, serves as a member of Europe Forum in Israel, and actively consults the public and governmental sector in Israel on the EU Regulatory Framework.

By Phil Wittmer 4 weeks ago

By Ray Parker 2 months ago