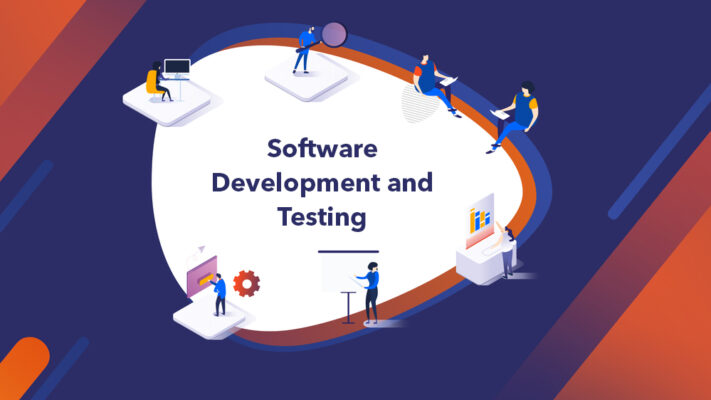 The waterfall model is a traditional software developing methodology with a linear approach. The sequence of events is as follows: gathering requirements, designing, unit testing, implementation, testing, deployment, and maintenance. The waterfall model is best suited for small projects, where changes are not made often. The project can be managed easily without overlapping stages. However, it is not a fitting model for projects with high risks, as once a stage is crossed, it is not possible to go back and fix a change.

The agile model is a modern software development methodology that has an iterative and incremental approach. Each iteration has the following steps: planning, requirement analysis, design, coding, unit testing, and acceptance testing. Agile methodology is best for projects with changing requirements as they can be adjusted in the next iteration. Agile is also good for fostering teamwork.

There are many types of iterative models subset of the agile methodology, including scrum, lean, kanban, extreme programming, and crystal.

The current trend in IT is geared towards agile practices. A 2018 study by the Project Management Institute reveals 46% of surveyed organizations were using the agile approach for their projects. A 2018 Gartner report identified 76% of its users as using agile planning tools for their projects.

Unit testing is performed by developers. Unit testing checks if a piece of code functions as intended. It can be performed manually or automated with top software testing tools.

Integration testing comes after every unit is tested and units are integrated into modules. Integration testing checks if the modules function as intended. These tests are often framed as user scenarios and can be conducted by developers or testers. They are usually a combination of manual and automated testing.

System testing checks the functionality of the integrated system, testing the software end-to-end, to ensure all requirements are met. It is typically performed by a software testing company separate from the development team. System testing falls under the black box testing method, in which the internal design of the system being tested is not known to the tester.

Acceptance testing is the final phase of functional testing before delivery. The product is checked to make sure it meets all business criteria and user needs. The product is tested both internally and externally i.e by the quality assurance (QA) team and potential customers.

Performance testing is one of the non-functional tests. It tests an application’s behavior in real user situations including responsiveness and stability. It includes load testing, stress testing, endurance testing, and spike testing. All these are variations of testing the application against different loads and times. Load testing puts an increasing amount of load on software, while stress testing checks the software’s performance beyond the peak load. Endurance testing tests the application over a longer period of time. Spike testing checks the software’s response to bursts of the load over varying periods.

Security testing verifies if the data stored in the software is protected from cyberattacks. Testers check for risks in the system.

Usability testing checks the ease of use of the application from the perspective of the end-user.

Compatibility testing checks the working of an application in different environments. Variations of browsers, devices, operating systems are some of the parameters testers check the application on.

While it is important to look at every individual project to decide on the best course of development and testing practice, this list should serve as an effective guide for familiarizing oneself with the essentials of the field.