Do you need a robot assistant communicating with customers as a living person? An overview of IT solutions from different countries suppliers that solve this problem.

Chatbots can be programmed to answer specific questions in a specific way, but are not limited to this. Since chatbots can work and use all of the company’s resources, they help users while using many different systems and files to find answers.

Chatbots are becoming increasingly popular among companies of all sizes. Their speed, accuracy, cost and great ability to seem like people make them a viable replacement for many roles traditionally performed by user support representatives.

Since 2007, Botego has been developing software solutions that increase the efficiency of companies by automating various business processes. One of the services offered by Botego is the development of chatbots for Facebook. Coca-Cola, Lipton, Finansbank are among its current customers. Offices work in New York, Dubai and Istanbul.

Thanks to the unique patented technology, the platform of the French company Botfuel in a matter of hours will create a chatbot targeted at your target audience. This program also analyzes the interaction with users and customers, allowing you to receive information about their needs. Botfuel integrates your bot with various messaging services (SMS, instant messengers). Also, it offers integration options with social networks from Youtube, Twitter, Facebook, Instagram. Botfuel is on the market since 2016.

It was founded in 2016. BotsCrew developers are focused on creating assistant bots for employees of large companies. The company positions itself as a team of highly qualified specialists in the creation and implementation of automated systems, chatbots in the business. The company’s offices are located both in London and in Lviv (Ukraine). Its key ongoing projects are Musement and TecInStore.

The Chatbot Factory company since 2016 specializes in the design and development of chatbots for legal entities. The main clients work in the retail, e-commerce, banking, beauty and fashion industries.

Nearly one and a half billion people use instant messengers

In recent years, messenger applications have bypassed the popularity of social networks. The number of users of the 4 most popular instant messengers – WhatsApp, Facebook Messenger, WeChat, and Viber – exceeded the number of users of services such as Twitter, Facebook or LinkedIn and amounted to 1.4 billion users. According to various estimates, by 2018 their number may reach 2 billion, and this is 80% of all smartphone owners.

People are ready to talk with chatbots

According to a report by marketing company Mindshare, 63% of people would prefer to use chatbots to contact a business or brand. The survey showed that most people like the speed of chatbots most of all – they promptly respond to a user’s request.

People want to get in touch with businesses via online chat

When choosing a product, 29% of buyers prefer to use chatbots to help themselves. This means that people are equally inclined to communicate with trading platforms using chatbots and using calls to the support service. At the same time, the smallest number of people do this via email. But unlike the telephone support service or email, chatbots work around the clock, and this is their biggest competitive advantage.

It got to the point that the Indian YES Bank began developing a service robot that will give loans to customers. Before this, the bank has already launched a system that allows you to make transactions through instant messengers.

As of September 2016, there were about 30 thousand different chatbots on Facebook, which were used by millions of people around the world.

Most calls to chatbots start with the word “hello”

The American resource Dashbot.io, which provides analytics in the relevant field, calculated which message most often starts dialogs with. The phrases “Hi” or “Hello” are the most popular way to access the chatbot. Besides, users often start a conversation asking for help.

And there are more than a third. In the United States, this figure was 37% of the number of respondents, and in Britain – 33%. An interesting fact is that on average, the buyer is willing to pay more than $ 55 per purchase.

The American fast-food chain Burger King decided to take advantage of the popularity of chatbots. It launched its delivery service, in which the online robot plays the role of a cashier. Like a real person, it offers a person various menu items, drinks, and sauces.

Despite a wave of optimism, a poor experience can significantly harm the chatbot market. 73% of Americans said they would not use online chats after unsuccessful use.

People want to get advice from chatbots

To better understand the goals of chatbots, the marketing agency DigitasLBi has analyzed the needs of users. 37% of people expect advice from chatbots regarding information of interest to them. Moreover, among millennials, this figure is 48%.

Recently, the popular European clothing brand H&M launched its chatbot, which offers customers a variety of fashionable bows. The robot asks how convenient things will be for the client. True, the possibility of answers on this service is limited.

Do not blur the borders between a person and a robot

The vast majority (78%) prefer to know whether they communicate with a robot or a person. Hiding this fact can sadly affect the reputation of your company because 48% said they do not like it when a chatbot pretends to be a person. Moreover, 60% of customers said that they can distinguish a chatbot from a person by the nature of their responses.

By 2029 it will be impossible to distinguish chatbot from human

One of the developers of Google, Ray Kurzweil predicted that by 2029 the language of chatbots will be identical to humans. There is no room for doubt since Kurzweil had previously made many successful predictions regarding the development of IT technologies. Communication with robots is likely to be not only useful but also interesting – they will be able to support any conversation with humans.

The Chinese love chatbots more than anyone else

Xiaoice Chinese chatbot is a nice 17-year-old girl with whom anyone can talk online. The bot from Microsoft has reached unprecedented popularity. If on average the user sends 2-3 messages to the robot – enough to find out information about the product, then with Xiaoice this figure is 23 messages per conversation. Its popularity is in the fact that communication with a bot resembles a conversation with a living person.

Chatbots are a cool thing for business. First, a single chatbot can replace many help desk, consumer care hotline. Secondly, the chatbot is a more efficient, convenient and interesting service for users that can attract the attention of an audience. 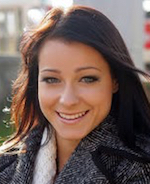 Melisa Marzett is a freelance writer who is currently writing articles working for smartessayrewriter.com & writing-help and a traveler who enjoys discovering new things and meeting new people. Also, she admires people who can do things with their own hands such as making clothes and accessories, candles, soap or desserts.

By Read Dive 1 day ago

Running a business is no easy task. There is tons of work to be ticked off the checklist.  But the...

By Phil Wittmer 1 month ago