Medical billing, and the associated coding that goes along with it, is among the most cumbersome and time-consuming tasks professionals in the field must carry out, with over 70,000 codes in existence already and more being added all the time – not to mention occasional overhauls to the existing coding procedures, which complicate matters even further. Given the huge scope that this coding entails, it is unsurprising that many mistakes are often made in the process.

Since coding is an essential part of fair pricing in the healthcare billing process, however – and since errors can lead to problems for patients, doctors, insurers, and medical billing companies alike – artificial intelligence (AI) is now being explored as a potential solution.

Problems and inefficiencies in the current medical billing process

In addition to the daunting number of codes involved in billing, the process of applying them is made even more difficult by the fact that many procedures involve combinations of treatments, and thus require combinations of codes. A single code used incorrectly can result in significant billing errors, or in some cases even denial of coverage by insurers. Finding a better and faster way to process codes is therefore of the utmost importance for all parties involved.

AI as applied to medical coding

AI, which is currently being applied across many different industries, can analyze large amounts of data faster than any human and then make decisions based upon it. It is already being used in some medical fields, such as wound care prediction. Given that medical coding is primarily concerned with analyzing medical records and then assigning codes based on the results, AI is ideally suited to the task.

Aspects of medical billing that AI will revolutionize

Among its abilities, AI can learn based on previous experience. This can be applied to error correction, with AI able to fix coding errors, similar to how AI is currently in use on mobile phones and personal computers to correct spelling and grammatical mistakes.

Some medical procedures require that the patient receive prior authorization from his or her insurance company before being treated. When this is the case, often medical staff and patients are uncertain of when pre-authorization is required. This is another area in which AI can benefit the process, since software can be programmed to identify which procedures require such authorization, and the patient can know right away whether or not it is covered by his or her insurance or not.

Much of the process of medical billing involves repetitive and tedious work. Since AI is designed to perform tasks according to pre-set parameters, AI can perform much of the routine labor that consumes medical billers’ time, including data recording.

Results with AI software that is currently being developed to deal with medical coding have shown that the risk of errors is greatly reduced as opposed to manual processing. Some of the AI currently under development has the ability to transcribe handwriting as well as digital entries, thus saving even more work for the staff. AI also has the ability to identify bundled codes, which healthcare personnel use on bills that are issued for multiple procedures at once and separate them into their individual parts, thus further improving efficiency and reducing opportunities for errors to creep in.

Many industries currently use AI chatbots to answer frequently asked questions from customers online. This is something else that could be fruitfully applied to medical billing. Websites designed for patients could have chat-bots added to them which would be able to answer questions from patients regarding their medical history, status, insurance-related issues, appointment times, and other fields of inquiry. Chat-bots are set up to be extremely user-friendly and are able to take questions in plain English. Further, involving AI in the process will significantly decrease processing times for procedures and insurance claims.

Improved adaptation to changes in the industry

Codes used in medical billing are constantly updated to reflect the rapidly changing needs of the healthcare industry. For example, 392 new codes were added, 216 were eliminated, and 8 were revised last year alone. Less frequently, there are complete overhauls of the entire coding system. Such changes always present challenges to medical billers and inevitably increase the likelihood of errors until they have sufficient time to adapt. This is another way in which AI, which can be easily adapted to such revisions using simple programming changes, is perfect for improving the industry.

Several companies are already at work on applying AI to medical billing. While AI’s impact on the field has yet to be determined, it is certain that it will change it for the better – perhaps in ways that cannot yet be imagined. 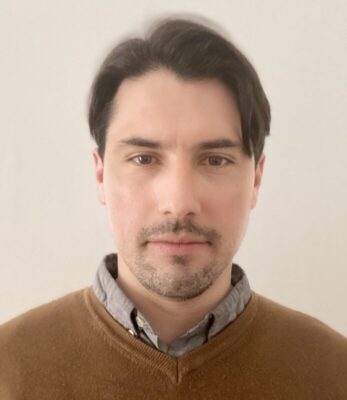 Robert Snapp is a freelance healthcare writer and world traveler from San Luis Obispo, California with an educational background in biology and neuroscience. His work covers medical conditions like PTSD, Autism, Depression, and Wound Care among others.

By Phil Wittmer 4 weeks ago

By Ray Parker 2 months ago