Blockchain technology is slowly becoming an advanced form of equipment that’s making waves across many industries. In particular, its attractiveness for mobile devices means users will have a better ability to control their online data and digital personas. Furthermore, their security will feel tighter due to the blockchain capabilities of keeping users in touch with their phones even when they lose it.

However, over the years mobile devices have been timeless with their second-hand market presence. Being able to sell on devices that are still as functional as the next phone gives them the ability to last for years with several users, to the point that it becomes practically unusable.

This market is available at the moment with the traditional handheld devices that we’re used to in current society, but is the development of blockchain technology putting the second-hand mobile phone market at risk due to just how advanced the technology is?

Here we look into the technology further and whether it will interrupt the market that we’ve been so familiar with. In particular, we consider 2 aspects that could impact.

When we think of insurance for any aspect of life, whether it’s a mobile device or a car, there are 2 aspects of this that make up the cost of the insurance; severity, and frequency. For the severity aspect, it considers just how costly the claim could be and the frequency considers how many times the insured item could be claimed for.

The issue that comes with frequency is that claims are limited to the number of times they can be made. Filing a claim also indicates that the device has become unusable. Therefore, the frequency of a phone being claimed for is restricted to just one.

For severity, it relates to the reality of the maximum cost to replace a mobile phone – this is the price of a brand new phone being the maximum cost of the insurance. The same way the value of a car depreciates over time, the same occurs with a mobile. This then begs the question, why would you pay the same monthly price of the phone at month 1, compared to month 18?

So, how can blockchain interrupt these processes? TessaB is a blockchain-powered ecosystem that changes the way consumers buy and sell mobile devices. This means users will have access to the ‘risk pools’ data that helps them to better understand the condition of the phone.

They’ll have access to details such as how many ‘funds’ remain in the pool, what claims have been filed against it, and what fees have been collected from the broken phones. At the end of the term of pool life, if there are any funds left over from this will be distributed between the participants that did not make a claim against the device.

What aspects would you consider when grading the condition of a mobile device? What qualities would a grade A phone have, compared to a grade C phone? In the normal chain of mobile phone owners, they’ll tend to consider their audience more and provide their own grading system for pre-owned devices based on what the audience is willing to pay. Because of this, grading systems can be relatively biased.

With TessaB blockchain technology, they’ll provide users with records of phones and provide information based on their condition and functionality. This will allow users to make educated decisions about which phone would be the best to purchase. This means that users will be well informed about what phones are best or in a reasonable condition. There will no longer be biased grading systems or grading that can manipulate the true condition of the phone and be more beneficial for the seller.

Technologies are constantly developing at a fast rate, for the sole purpose of improving our lifestyle and making things easier for us. Blockchain in the mobile industry is likely to bring many positives and as we can see, there can be many benefits for users in the secondary mobile phone market. Not only will they be reassured that they’re getting a quality pre-owned product, but it puts the control into their hands too.

This means the power is no longer with the seller within the market. Buyers will have more control over what they purchase and be reassured that although they know the device isn’t in complete condition, they’ll be getting as big a buck for their money as possible. 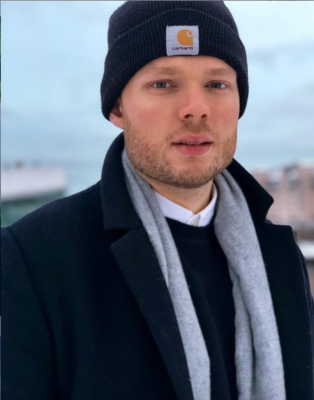 Jamie Costello is a marketing and technology freelance writer based in the UK. He uses his previous education and experience of working alongside several agencies specializing in app development to help collate his articles. When he’s not writing, he likes to read and play sports.

A design for a website form is a dream of every website user. And you can deny the fact that...

In this technological era, everything is becoming digital. More and more businesses, no matter they are small or large, are...

Favorable Circumstances And Disadvantages Of The Best Game Development Tools

Almost all of us love playing online and mobile games, and some of us also have considered creating our own...

Casinos have progressed significantly from their unassuming start. You needed to visit a specific organization to play a round of...

How to Use Agile Approach to Scope Software Projects

Creating a project scope means assessing all the resources and tasks needed to complete certain projects and helps all stakeholders...