What’s Next for IoT Software Testing? 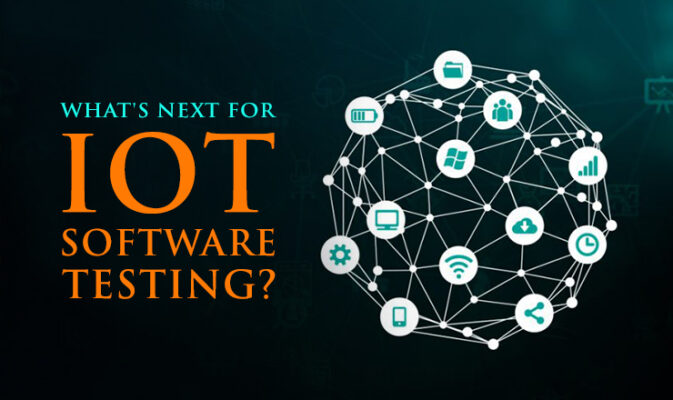 The Internet of things (IoT) is a network of interconnected devices that can be remotely operated. Terms like smartphones, smart homes, and smart city management are all too familiar. With seamless wireless coverage and cheap sensors and bandwidth, IoT is on the rise.

IoT has improved the return on investment for businesses.

One of the future trends concerning IoT is Artificial Intelligence (AI). With AI, applications work smartly. Systems can perform without human intervention. Tasks that formerly required human intelligence can work without them. With these benefits, enterprises are seeking to use more of AI in IoT. IoT software testing, too, will have to check

As the network of devices in IoT grows, there will be a greater need for security testing. Testing all components of hardware is imperative. An IoT software testing company will check data security is maintained. If during data transfer, hackers gain unauthorized access through vulnerable entry points, IoT systems can be at high risk. Malfunctioning in the IoT system of a hospital or traffic control could put lives at risk. Hence, IoT software testing has to meet these difficult security challenges. QA testing practices should be designed around IoT product design. Some security measures include enforcement of strict passwords, closing inactive internet communications’ ports and ensuring encryption between device and server.

In the modern age, the amount of data generated by machines and users is enormous. The use of IoT means large volumes of versatile data will be available to manage. Big data management requires software testers to tweak their skills, techniques, and tools. Testers will have to segment data and employ different techniques for data ingestion, migration, integration, standardization, and homogenization.

As the IoT system has many devices, the software on each of them has to be tested. Neglecting any component can impact performance. Software-based emulators can test the software by executing code on the device directly.

With the expansion of IoT, testing will shift to a microservice architecture which means that a single application will work as a suite of services. Each microservice will be tested separately. Microservices test automation will lessen the complications in IoT testing. It will also help in testing the scalability and integration of IoT.

Test plans should include testing in real conditions, for example testing under poor connectivity or actual smart home. Testers should use service visualization tools that create models of different physical layouts and device states.

QA teams should gear up for much more automated testing as it is pivotal in implementing IoT testing.

However, IoT software testers should not forget to include manual testing as one of their ongoing testing methods. Many IoT systems involve physical, sensory and emotional interactions as devices respond to touch, motion and voice. To test these features, human intervention is required.

While IoT software testing is likely to pose challenges, it is also an exciting zone for testers to diversify their knowledge and skill set. IoT is going to expand in the decades to come. For software testers, it means it is time to pull up their socks.