Blockchain, is it the future or just an overrated topic smeared on our daily base lives? Whatever blockchain technology is, it has taken over the globe abruptly in the last few decades. According to blockchain enthusiasts, the world is on the verge of seeing a new era, the blockchain era and what we know about blockchain is just the starting of the potential this technology is concealing within.

Elaborating blockchain in the simplest of words, it’s an incorruptible digital ledger of economic transactions that can be programmed to record not just financial transactions but virtually everything of value. With core benefits like transparency, security, immutability what blockchain offers is simply amazing, blockchain technology can be implemented in almost every phase, section or use case of our lives. 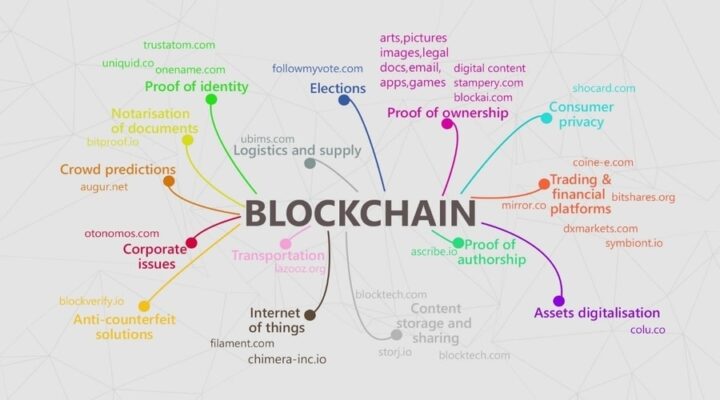 The market figures and international demand of blockchain technology accommodates a wow factor for anybody who have come across them. According to a new report published by Grand View Research, the global blockchain technology market size was valued at USD 604.5 million in 2016 and is expected to reach USD 7.59 billion by 2024, which would have a compound annual growth rate of 37.2 percent during the forecast period. No doubt, the governments throughout the globe are switching to the blockchain world. According to a recent survey carried out by IBM, nine in ten governments say they plan to invest in blockchain technology to manage financial transactions, assets and contracts by next year.

Expanding over the globe, applied by dozens of countries, benefiting millions of people, what is in this viral tech that a country like Pakistan could be benefited from? The obvious answer would be ‘all of it’. Pakistan is a country where the overall development and growth has historically remained volatile, lacking a steady growth path and adding to the uncertainty about the country’s conditions. However, this does not stops the country in escalating towards excellence. Pakistan has important strategic endowments and development potential. The increasing proportion of Pakistan’s youth provides the country with a potential demographic dividend.

According to latest surveys and reports, Pakistan’s growth continues to accelerate but imbalances are widening. These imbalances are precisely the space where blockchain technology can kick in to give a leverage towards economic stability and success.

Blockchain have a promising potential to serve as a backbone to end major issues like corruption and rigging in Pakistan. From Land Registry to Real Estate, Banks to Capital Markets, Elections to Healthcare, blockchain could be blended to bring out the very best form of these core systems. Ultimately, the people of Pakistan could be benefited on a large scale where they will be able to observe major positive changes in the government systems and public sector.

Pakistan IT companies are working and have shown their interest in blockchain technology recently but still there is a long journey waiting ahead. The present is being considered probably the best time for IT revolution in government sector of Pakistan. The public sector is showing up with the ability to work with IT and new technologies and what will be a better tech to get introduced than the blockchain technology? The uses of blockchain in government sector are countless with no boundaries, a little focus from the government side can make the public sector of Pakistan to enter into a new era of decentralized revolution.

With a set of notable skills in ‘Computer Sciences’, Farzan Masood also holds a post-graduate degree in ‘Information Systems and Business Management’ making him able to work on both sides. Farzan has got his expertise in conducting various processes for achieving and ensuring enhanced quality work as a technical writer and researcher. From preparing proposals and whitepapers embedded with technical knowledge to creating high impact marketing content, Farzan is capable of writing words that inspire, encourage, educate and leave a positive impression on the readers of his work.