Building the perfect product has always been a major concern for every business owner. You look at the cars today and the ones that were released by Daimler in the early 1900s. Or the websites in the early days of the internet era and compare them with the ones we interact with today.

Similarly, building a mobile app is not the same as it used to be.

One of the most crucial developments in mobile development is the use of Artificial intelligence. In this post, we are going to discuss the impact of AI in mobile app development.

The Basics – Impact of AI.

Artificial Intelligence has been one of the most used (overused, perhaps?) terms in the tech spectrum for a couple of years now. And for justifiably good reasons, honestly. From FinTech to streaming, AI has transformed industries more than any of us could imagine.

Not only did Artificial Intelligence simplified tasks that needed manual involvement by humans, but a number of companies have already started using AI to make better decisions.

According to the economist, one of the biggest and sophisticated industries, i.e. financial markets are been driven by models and tools that are tasked with decision making. More than 35% of the America’s stock market is managed by models built using artificial intelligence.

Now, app developers are exploring the potential of AI in mobile app development to provide a seamless experience to users. As a matter of fact, it has already started to be an integral part of many popular mobile apps. Whether you look at Gmail or Netflix, very robust and well-trained AI modules are at work there.

AI has really taken various apps to the next level of customer experience and engagement levels. With countless benefits, almost every business is now looking to leverage Artificial Intelligence for building mobile apps. Let’s look at some benefits:

As we all know, more than 90% of startups fail. But with everything automated, what could be the biggest reason behind this?

Now, the biggest job is done once you know what your user is looking for. You can now work on those features directly, instead of investing time and energy into other forms of user research.

A classic example of this would be Instagram. IGTV was launched in 2018, and it has not been a decisive factor in fueling growth for a gram. Very few users were going to IGTV by using the button above the feed. So, Instagram decided to do away with it.

However, they noticed that a lot of users were watching the IGTV videos from the profiles, ads, stories, and the Discover tab. If it weren’t for the perfectly crafted AI, Instagram could have gotten rid of IGTV completely and no one would bat an eye.

AI is capable of processing more data than a human can even manage to scroll through. By mapping the whole user journey in the app, so many data points can be gathered. But to gain insights from all of it, it is important to use AI to your advantage.

Not only this, there can be a lot of misleading conclusions if humans were to analyze data gathered from the apps. That is not the case with models built upon AI though.

This is one of the biggest requirements for an app to be successful in the modern tech era. Look at any of the modern marvels of tech and you would realize that all these products have a really high level of personalization.

To incorporate this into your app, you would need to have an AI-first approach towards mobile app development. To personalize the app for users, the first step is to create modules dedicatedly for assessing the user behavior and find the key metrics that align completely with your product.

A robust and intuitive user-experience has always been the cornerstone of successful mobile apps. But today, it is not just about the spacing between text or the shade of color used in the buttons. The user-experience now needs to be intuitive as well as contextual.

Say there is an app that helps travelers with key insights while they are on the go. It is common for apps to track the location of their users. But only companies that are using AI to build apps can make the full use of it. If a user is flying from one city to another, would it make total sense to share insights about the highway that connects the two cities? No, right?

Now, let’s look at some of the examples of how you can leverage Artificial Intelligence for building mobile apps:

One of the biggest benefits of using AI in mobile app development is that it simplifies even the process of building the app. Saving quality development hours and effort from the team, which then can focus on features that are crucial for the app. Tasks that would otherwise take tens and hundreds of hours. AI can enable automation in testing too, helping developers while testing the apps more efficiently.

Machine Learning algorithms are one of the most common and high-value applications of AI in mobile apps. By creating a machine learning model and then training it to perform tasks in the future, developers can boost engagement in the app while taking personalization to the next level in their apps. The examples of Netflix and YouTube above are a classic example of implementing machine learning to build a better version of an app.

As the consumers look ahead for more convenience with each passing day, deploying chatbots and voice-assistants built using AI is the need of the hour. It can be done for streamlining customer support as well as part of a strategy for providing better services to the customers.

While the term Artificial Intelligence has been around for a while now, the full impact of AI in mobile app development is yet to be fully realized. It is certainly going to be interesting how the developers play with AI to build the next set of viral apps.

One thing is certain, though. Using a slick UI and gamifying the features of your app will take your app to the runway. But the right touch of Artificial Intelligence is what it really needs to take off! 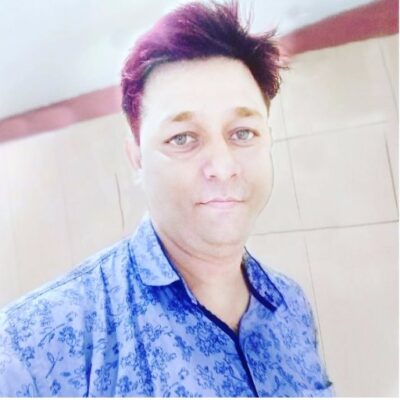 James Grills is a technical writer with a passion for writing on emerging technologies in the areas of Android application development, Artificial Intelligence Development and IoT technology. He is a marketing advisor – currently associated with Cumulations Technologies a mobile app development company in India.

By Read Dive 2 days ago

Feeling unhappy with the current job may be the reason for constant stress and the need for a change. Today...

By Tom Hardy 2 days ago

By Paru Saxena 2 days ago

By James Burns 1 week ago

People are now more focusing on using various mobile apps especially the healthcare one because it is not only convenient;...