The process of developing an application specifically for mobile devices is called Mobile app development. These mobile applications can be delivered using server-side or client-side processing or pre-installed during manufacturing. Mobile app development has been growing consistently in revenues and jobs created. It is said in the Statista survey that in 2019 the number of mobile phone users in the world may pass the 5 billion mark.

iOS and Android applications are the most used applications. Developing iOS and Android OS is not so difficult or complex when in comparison with OS fragmentation. But iOS seems easier as it is limited to iPad, iPod, iPhone devices while Android has a wide range of operating systems.

The key differences between Android and iOS app development are:

The Android operating system is written in C (core), C++, and Java(UI) was released on  23rd September 2008. Apple was released on 29 June 2007 for iPhone and later included iPhone, iPad, and iPod Touch. Although Android was designed for touchscreen input, now it is also used in games consoles, digital cameras, regular PC’s and many other electronic devices.

A recent survey conducted in 2015 revealed that Android is considered a ‘priority’ target platform by 40% of full-time professional developers. On the other hand, Apple says its contribution to iOS in smartphone mobile operating system units is 21%.

iOS animation’s quality exceeds Android quality. By starting an app design trend called Material Design, Google tried to fix this. Apple emphasizes more on powerful, complex, and soft animations by looking at the user experience and its aesthetics. On the other hand, Google is determined to focus on the hardware instead of these aspects.

Coming to the cost of building an application – on the basis of required business needs firstly, you need to decide on which platform you are going to work, select the best team, and fix the rough estimated time. The fact is the more time you spend, the higher it costs.

When it comes to imposing security checks at the time of installation, Android has minimal security checks, and if you pair that with a high level of device fragmentation you can assume that there will be frequent breaches.

iOS, on the other hand, keeps all your information secure and does not reveal it to any third parties. The security checks imposed by Apple are stricter and there are no fake applications on the App store.

Android applications can be downloaded on any device. There are many Android device manufacturers like Samsung, Vivo, Oppo, Oneplus, Honor, Huawei, and so on. This is beneficial for manufacturers as they have control over developing the UX design.

In conclusion, these are the main differences between the Android and iOS platforms you should consider before developing your mobile applications. Understanding these platforms will assist you in the development process and help you optimize your applications accordingly. 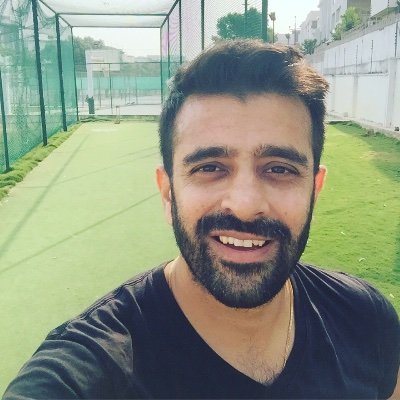 Sameer Mehta is a blogger and entrepreneur and writes on technology and lifestyle related topics. He has more than 15 years of experience across technology, consulting and marketing. He has written for Entrepreneur, West Agile Labs, Exegy Consulting, Jewellerista, etc.

By Read Dive 5 days ago

By Ray Parker 2 weeks ago

By Pratik Mistry 4 weeks ago

Summary: Do you often find yourself torn between focusing on your core business functions and solving the innumerable concerns of...

6 Tips for Getting Started as a Software Developer

By Jennifer Holland 4 weeks ago

Introduction With the expansion of the online industry and its involvement in everyday business and marketing, software development has become...

By Nishant Joshi 1 month ago

2021 is just two months away, and the experts have begun talking about the software development trends that will stay...